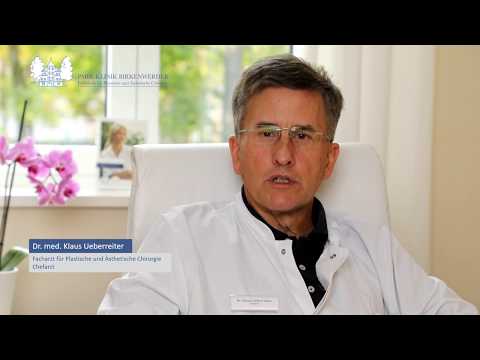 Due to severe weight loss or pregnancy and breastfeeding, the female breast can lose shape and fullness over the years. Many women only find the shape unsatisfactory at this time and they start thinking about a breast lift.

It comes into question if you no longer feel good looking in the mirror and if you suffer from sagging, sagging breasts.

Where do inverted nipple come from?
In the nipple there is a muscle that contracts in cold or on stimulation and the nipple protrudes. This exerts an evasive and erecting force on the nipple. The ducts that pull from the mammary gland tissue into the nipples exert an inward pull, that is, a nourishing force on the nipples. Now, if the inward pull of the milk ducts is greater than the force of the muscle, which straightens the nipple, there is the formation of nipples (cavities). Here, the train of milk ducts is crucial.

Do I need surgery to correct the retracted nipples?
Before deciding on a surgical correction of your nipples, we advise you to consider non-surgical, so-called conservative treatments of nipples to “pop out” the nipples. In this context, the Niplette suction device could help. She practices e.g. As you sleep, a vacuum gently pulls on your inverted nipples, gently stretching the shortened milk ducts that are the main cause of your nipples. If the nipples are only slightly pronounced, the result can be satisfactory.

How is the operation performed?
If the Niplette suction device does not provide satisfactory results or is not expected for higher-grade nipples, then surgical nipple correction may result in a permanent solution. Today there are two different surgical techniques for the correction of nipples: one tries to protect the milk ducts, while the other cuts the milk ducts.

Slip warts correction with sparing of milk ducts: Our specialists for plastic and aesthetic surgery first make a small cut at the base of the nipple on the areola. The nipple and atrial tissue is then lifted by the mammary gland and pulled out, but it still remains attached to the mammary gland. In this position, it is then sewn in with several seams. Due to the circular shape of the scar, the scar shrinkage used in the healing process will help to increase rather than decrease the so-called projection of the nipple over time. Finally, a Fettgazeverband is created.

Slip wart correction with transection of the ducts: This procedure is used comparatively frequently and may be necessary in difficult cases. In the base of the nipple, a small incision is made and the shortened milk ducts severed. This achieves very natural-looking nipple with good alignment. The skin is then closed again and a greasy bandage applied.

The procedure takes about 30-60 minutes.

Which result can I expect?
The correction of the nipple is successful in most cases permanently. Slipping back to baseline “inverted nipple” is very rare.

Can I breastfeed after a nipple correction?
It depends on which surgical procedure has been applied to you. If the milk ducts were not severed during surgery, most likely, yes. If the milk ducts had to be cut, you will not be able to breastfeed. Therefore, before correcting the nipple, you should carefully consider how important it is for you to breastfeed. You should also test in advance if you can probably breastfeed, because even with inverted nipples breastfeeding is often possible. An important indication of your ability to breastfeed is the Niplette suction device. If you can normalize your nipples with this, then it is very likely that your baby will do this by sucking.

What risks are involved?
Every surgery involves risks and complications. These include u.a. an infection, bleeding and anesthesia reactions. The ability to breastfeed can not be guaranteed even with a nipple correction with planned preservation of the milk ducts.

What kind of anesthesia can I get in the case of the dermal wart correction?
The majority of our patients wish to have the correction of the nipples performed under local anesthesia. An extended sedation or anesthesia is also possible.

What awaits me after an operative nipple correction?
Usually, mild analgesics are sufficient after the correction of the nipples. Of course we will be at your disposal after the operation for your safety. The threads do not need to be removed. Sporting activities should be avoided during healing so as not to interfere with wound healing. The healing phase after the correction of the nipples should be accompanied by regular follow-up checks. Of course we are happy to assist you. The scars will be almost invisible after a short time.

What costs do I have to expect for a nipple treatment?

The cost of a nipple treatment depends on the individual scope of service. Average prices can be found in ourprice list for average prices.