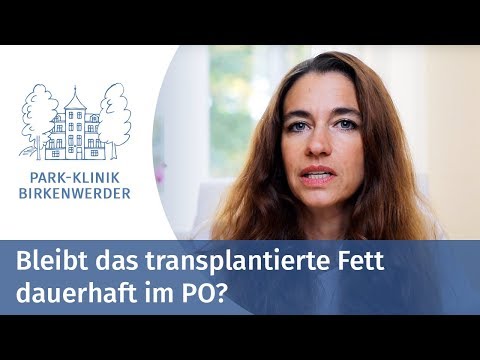 The fat enlargement with autologous fat is a new and real alternative to the use of silicone. The big advantage is the natural appearance and the absence of visible scars. In addition, the procedure is associated with much less pain.

Human fat cells (adipocytes) are up to 0.1 mm in size and have a lifespan of probably 4 to 6 weeks. They are attached to so-called pre-adipocytes, which are stem cells from which constantly develop new fat cells, so that the fatty tissue is continuously renewed. 1 gram of human adipose tissue contains approximately 550000 stem cells. As early as 1893, the successful possibility of transplanting the body’s own adipose tissue was reported. Prof. Neuber (Kiel / Germany) found that this is successful with a uniform distribution of smallest chunks of fat in healthy tissue.

Unfortunately, these early findings were later disregarded and sometimes injected with large amounts of fat in a single point, so that the surgical results of excellent success to failure, but at worst enough led to the formation of calcifications and oily cysts. In the Park-Klinik Birkenwerder b. We are still in Berlin today: for pover enlargement with autologous fat, we use a particularly gentle and effective procedure for the production of fat cells, the world-wide successful BEAULI ™ -method developed by us.

For detailed and individual information on the topic of “Povergrößerung with autologous fat” we are in the Park-Klinik Birkenwerder near Berlin in personal consultation gladly available.

Inspired by these excellent results and after further publications of the same kind from Italy and France, we have developed in 2007 in collaboration with the company. Humanmed AG, Schwerin, a new method for particularly gentle gene extraction of fat cells by water jet liposuction, the so-called BEAULI™ method.
The results were published in December 2010 in the leading German Journal of Plastic Surgery. BEAULI™ (pronounced “Bjuli”) is the abbreviation for Berlin Autologous Lipotransfer

The cells are rinsed with water and collected in a sterile collection container. Subsequently, they can be transplanted with small syringes. The survival of fat cells depends on their immediate connection to well-perfused tissue. So you can not transplant fat in larger lumps, but must distribute the individual fat cells with thin needles perlschnurartig in the tissue. In order to document the results of this operation well and thus help this method to further breakthrough, we have in the Park Clinic Birkenwerder near Berlin reviewed the data in a clinical trial, the results will be published shortly.

For whom is a pover magnification with autologous fat according to the BEAULI ™ method in question?

The buttock with autologous fat is ideal

Prerequisite for the Povergrößerung with autologous fat:

How does buttock augmentation with autologous fat work?

Normal to slight overweight (BMI 20 – 30). Approximately 1 week before the procedure, a preliminary examination with photo documentation, blood collection and clinical examination will be made. On the day of surgery, the areas for liposuction are marked in the morning.

The operation is carried out in twilight sleep anesthesia or on request under general anesthesia. At the end of the operation a compression pantyhose will be applied for the extracted areas, the padded areas of the pos will be omitted from the compression. About 2 hours after the procedure you may eat and drink again.

Over the next few days, the buttocks are swollen and in some places blue, with greater pain is not expected. The extracted areas are more likely to be felt, usually the pain is described as sore muscles.

The bruising and swelling disappear within the next three weeks, and the extracted areas must be worn with a compression bandage for four to six weeks. The next performance is usually one week after surgery and after another four weeks. After three months, the final result is available. However, at the latest from the sixth week, there are no more major changes, about 80% of the lasting result is then achieved.

What complications can occur with buttock augmentation with autologous fat?

A small proportion of the fat cells do not survive the transplant and are reabsorbed by the body. During the first evaluation of our MRI images (nuclear spin) before the operation and after six months, we were able to show that on average 76% of the fat transplanted using the BEAULI method heals.

The main risk of buttock augmentation with autologous fat is seen in the melting of unhealed fat cells, resulting in oily cysts, with many fat cells clumping together and the body can no longer eliminate them. With the BEAULI technique of fine distribution in the tissue, we can largely avoid this problem in the Park Clinic Birkenwerder near Berlin.

What are the costs for a buttocks enlargement with autologous fat?

The cost of the butt enlargement with autologous fat depend on the individual scope of service. Average prices can be found in our price list.